For one more time, the United States has placed the Indian subcontinent in its monitoring list. This list contains all the countries with potentially...
Read more
Business

The last week of November this year saw controversy being generated around a video titled ‘The Future Isn’t Waiting’ released by Nike Japan. The...
Read more
Lifestyle

Know how the pandemic fueled divorce rates around the world

Couples that have never discussed splitting up before the pandemic are now filing for divorce. The experiences are becoming more and more common, with...
Read more

With marking its one year of spread, coronavirus has taken as many as 1.52 million so far and infected 66.1 million cases. Coronavirus declared as a pandemic in the initial days of its spread has gotten on the last nerve of the people. People have become impatient, desperate, and are ready to go to any lengths to get over the whole situation as soon as possible.

Now that the people hear the news about the first vaccine to be ready soon enough, there are no bounds to these people’s joys. What if we tell you the whole vaccine is nothing but just a gamble placed on the people by their governments aligning with the pharmaceutical sector. You might think this is sheer nonsense, but trust us, it is not. We will tell you all about immunity, vaccine how the vaccine works, and the dirty game the governments worldwide are up to, especially in India.

The human body has a various line of defenses starting from skin to blood to protect it from any foreign particle. The antibodies in the human system are responsible for building up immunity and fight against anything that tries to enter the body. In other words, antibodies are responsible for keeping pathogens at bay. Antigens are present on the surface of the pathogens to extract an immune response from the body. The immune response will help the body get rid of the disease, causing antigens.

Now in these scientific languages of antigens, antibodies, pathogens, people do not even know the meaning of vaccines but are just so desperate for a cure that they have forgotten to reason with what is happening around them.

What is a vaccine?

For all the great minds rushing after the coronavirus vaccine but have no clue about what they are running after, it is nothing but the virus itself. Yes, you heard it correctly! The vaccine is no magic potion that taken, and magically you will see that nothing as covid-19 even existed. Vaccines are a too diluted form of virus which are kept under control environment and inserted into the body to get the same immune response to prevent the virus from spreading further. For the scientific minds out there, a vaccine is a unique biological preparation that provides active immunity against a particular infectious disease.

See also  By promising free covid vaccine in Bihar’s manifesto, did BJP just politicize the pandemic?
See also  A satire: Government can lend money to states but cannot pay them their GST dues! 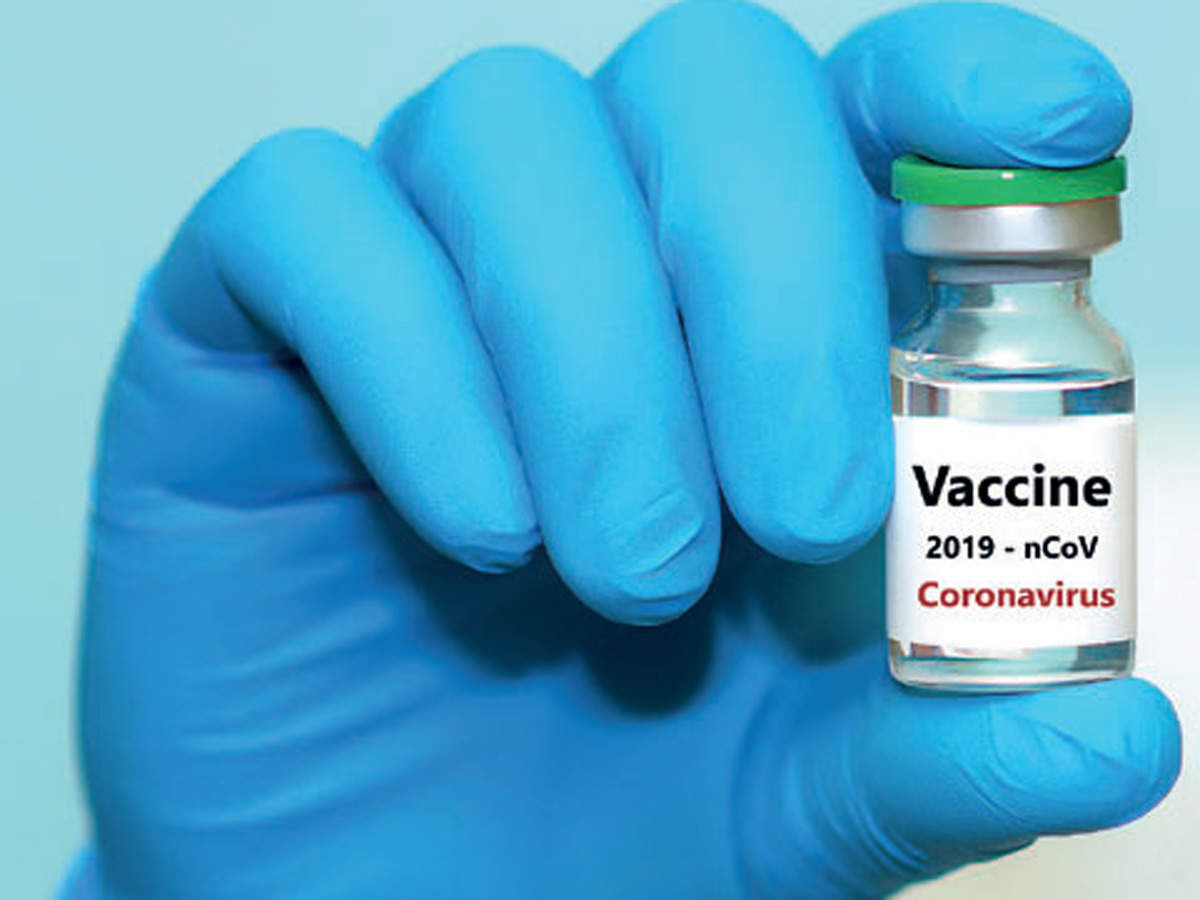 When the human body prepares antibodies to fight against a particular infection, there is a good chance that the particular disease won’t do any harm if infected by it again. This is what happens when someone is infected by measles and mumps. Once done, the body is immune for the rest of their lives. Now vaccine or getting sick naturally has no difference. In the end, everything depends on the antibodies. Still, the vaccine is given as a precautionary method so that there are no grave effects on the body if affected naturally by the disease.

Much ironically, things did not go as planned for the covid-19 vaccine. There are reports that show the people who have been infected with the disease have again been infected in a short span. Mathematically calculating this should not happen. The body should have prepared antibodies to tackle further attacks from the virus. Yet, people have been infected again and again over time. There are two theories for this either the body was not able to create antibodies, or the virus, when re-entered into the body, had mutated itself to such extent that it could not be recognized by the immune system causing the virus to create the harmful effects.

This was about the poor human body, which can be blamed, but who is to blame the vicious cycle in which the pharmaceutical companies have trapped us. The epitome of excellence, the vaccine for the coronavirus was supposed to wipe out the disease in just a matter of time. But did it happen? Much amusingly, it didn’t instead just made the government along with the pharma sector a laughing stock. The first dose of clinically two stages approved vaccine, covaxine, developed by Bharat Biotech, was much in the news when it was injected to the health minister of Haryana Anil Vij. The health minister was tested covid positive after taking the vaccine shot and was admitted to the hospital in Ambala Cantt. Now would you look at that?

What does this imply?

The vaccine did not even work. Who guarantees that one shot of the covid vaccine and goodbye to this pandemic. No one did. And that is exactly what happened. The government, the media, and the pharma sector are working day and night. Why? Just to extort money from the naive people in the name of medicine. You would not even know if it is a vaccine entered in your bloodstream or just only glucose. Who’s testing? Are you? When immunity has not been promised, who would be held accountable for the vaccine not working? By the time a vaccine arrives, the virus has mutated itself to the extent that it needs a new vaccine for the new strains, and thus the cycle goes on: new strains, a new vaccine, a new mode of money. And not even one person would stand against it.

Why? The answer is desperation and fear.

The fear of losing their lives and desperate enough to get themselves cured and take a sigh of relief. Even if a vaccine dose costs around 100 INR, considering the vast population that India holds, 144 crore people. You pick the most important 100 crore people who would be provided with it. Calculating everything, the profit becomes 10,000 crores directly in a matter of minutes. The pharmaceutical companies will be earning this much gross profit on something that does not even work. This is just India. When you take into account the entire population, which is around 7 billion or 700 crores. Even if half of the world was to get the vaccine, the pharma sectors’ profit rose swiftly to numbers you cannot even imagine, approximately to say 3,500 crore INR.

See also  Why are people in France protesting?

The sanitizers and face masks, which earlier cost around 10 INR a bottle, now have sky high prices of nearly 90 INR per bottle. And guess what, people are buying it. If the government of India really wished to help the citizens, someone should walk up to them and ask why was a tax of 18 percent levied on the sanitizers, but that is all in vain.

The gamble and the scam are not only for India but is a devious plot by the governments of the entire world.

The first country to announce the release of the vaccine was the UK. And you would be quite astonished to see that medicine has become a business where other sectors are enjoying it one piece at a time.

The UK government promised the vaccine shots to all who seek that. For this, the country has been flooded by tourists all over the globe just to get treated. The tourism and hospitality countries were the first to fall on their face; it seems that they are doing more than fine. The UK reported the highest number of flights traveled in the past week. There have been packages announced to visit the country, get vaccinated, and return back the next day. This is ridiculous.

The flights for the united kingdom have tripled, and the hotels and other facilities have increased their prices as well. The whole point of vaccines is to earn more and more money. It is just that the common man is too blindsided by the need to get the cure.

The governments have been making money from the people. Someone has truly said the rich get richer and the poor remain where he was. The whole point of the covid-19 vaccine is just making money, and nobody cares about the lives lost. The sooner we understand it, the better it is for us.

Why are people in France protesting?

The controversy about France’s new security law Paris has seen mass protests on its roads for the second weekend in a row after the introduction...
Read more
Opinion

How will “Trump vs. Biden” affect the rest of the world?

The united states is slowly turning inwards from the world. In the last four years since Donald Trump came into power, the United States...
Read more
Opinion

On September 14, 2020, a 19-year-old Dalit girl was allegedly gang-raped by the men of the upper caste society in hathras district, Uttar Pradesh. We...
Read more

For one more time, the United States has placed the Indian subcontinent in its monitoring list. This list contains all the countries with potentially...
Read more
Business

The last week of November this year saw controversy being generated around a video titled ‘The Future Isn’t Waiting’ released by Nike Japan. The...
Read more
Lifestyle

Know how the pandemic fueled divorce rates around the world

Couples that have never discussed splitting up before the pandemic are now filing for divorce. The experiences are becoming more and more common, with...
Read more
Business

On Monday, the Indian stock market ended at an encouraging high remark with several green signals in pharma, banks, metals, and FMCG stocks. The...
Read more

For one more time, the United States has placed the Indian subcontinent in its monitoring list. This list contains all the countries with potentially...
Read more
MORE STORIES